Breaking Through is a fast-paced, breezy, and informational hour that covers the top topics facing our nation from a perspective that corporate media too often ignores: that of real people, real USian households and families, and real experts. Kristin Rowe-Finkbeiner brings her burning passion, bubbly enthusiasm, deep experience, and fierce knowledge to bring you into the issues that matter. Learn how they impact you, your friends and family, and your community--and find out what YOU can do to make a difference.

Host Kristin Rowe-Finkbeiner is the executive director/CEO and co-founder of MomsRising. Kristin is also a frequent public speaker, and an award-winning author of books, including Keep Marching: How Every Woman Can Take Action and Change Our World, The F-Word: Feminism in Jeopardy, and The Motherhood Manifesto, which she co-authored with MomsRising co-founder and board president Joan Blades. Kristin has also written articles on a variety of topics, including women and families, public policy, motherhood, economic security, equality, health, civic engagement, and new feminism.

Kristin's awards for writing include the Society of Professional Journalists' Excellence in Journalism award for magazine writing, the Ernesta Drinker Ballard Award, as well as an award from the Independent Book Publishers Association. She’s also been deeply involved in grassroots engagement and policy analysis for more than two decades. She is a regular contributor to the Huffington Post and has been interviewed about issues related to women and mothers, family economic security, and grassroots organizing by numerous international, national and local news outlets, including, CNN, New York Times, Washington Post, Today Show, MSNBC, Good Morning America, NOW with David Brancaccio, To the Contrary and BBC World Service, and more.

Breaking Through embodies Moms Rising’s mission to take on the most critical issues facing women, mothers, and families by educating the public and mobilizing massive grassroots actions to:

MomsRising combines the best of American innovation and ingenuity. We are a transformative on-the-ground and online multicultural organization of more than a million members and over a hundred aligned organizations working to increase family economic security, to end discrimination against women and mothers, and to build a nation where both businesses and families can thrive.

Our MomsRising movement is powered by two separate organizations, MomsRising Together, a 501(c)(4) social welfare organization, and MomsRising Education Fund, a 501(c)(3) public charity.  As a charity, the Education Fund is nonpartisan and does not support or oppose any candidate for elected public office. Listen to the show weekly, donate to this vital effort, check out Moms Rising’s CURRENT CAMPAIGNS, and let’s get to work! 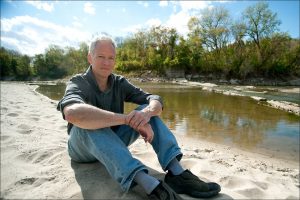 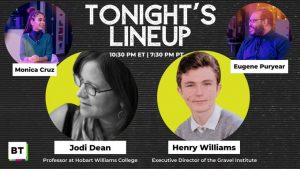 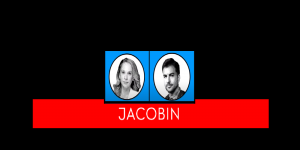