The BradCast, nationally syndicated from Pacifica Radio in Los Angeles, brings you award-winning, 100% independent investigative news, muckraking and trouble-making on issues such as election and voting integrity, media reform, social justice, the environment, accountability, good government, and civil liberties. For good measure, there’s a bit of entertaining snark too. You’ll have a blast, and you’ll learn something.

We really don’t know how to categorize this program. Is this half-hour collection of song parodies and humor from a glamour girl comic who sounds like Bill Kurtis an arts and culture show? Or does its featuring of incisive rants on progressive issues and politics by a principled radio veteran, activist, and the only openly transgender licensed broadcaster on terrestrial radio make it a progressive talk show? Decide for yourself and don’t miss Brit’s naughty non-PC humor, fierce intelligence, and take-no-BS attitude every week.

To SUPPORT THE SHOW, hit the DONATE button at thebritsomersshow.com

BY ANY MEANS NECESSARY

DC-based activist and politician Eugene Puryear takes no prisoners with his daily progressive talker, By Any Means Necessary. Featuring incisive interviews with insightful, enlightening guests, the show fearlessly takes on the powers that be and the issues of our time to speak truth to power. With the anti-Trump resistance underway, expect to get plenty of ammunition and information from Puryear and guests.

Taking on injustices, 90 seconds at a time! The Civil Liberties Minute, progressive commentary by attorney Bill Newman, director of the ACLU’s western Massachusetts office, highlights threats to our civil liberties and tells you what you can do to protect our freedoms. As Bill notes, citizens must remain vigilant and active, because “freedom can’t protect itself.”

The David Pakman Show is a news and political talk program, known for controversial interviews with political and religious extremists, liberal and conservative politicians, and other guests. The program focuses on the politics and news of the day, technology and energy development, business, religion and other topics. TDPS airs on both radio and television affiliates around the US and across the world.

The Las Vegas-based Doug Basham Show takes on “rightwing nuts” and “right wing hate media” with facts, humor, and unshakable confidence for two hours each week. The show is a platform used to impart progressive values and promote truth in largely red states. Call in and participate Saturdays from 4-6 pm CT at (702) 257-5396. 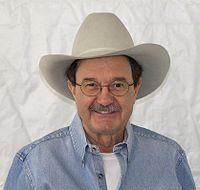 With his aw-shucks charisma, Texas twang, and no-nonsense attitude, progressive pundit and bestselling author Jim Hightower, America’s #1 populist, dishes out what’s wrong with the eroding integrity of our democracy in his regular Radio Lowdowns. Hightower pulls no punches as he covers issues such as politicians for sale to the highest bidder, the 1990s economic boom that hasn’t trickled down to the regular folks, the horror of Trump and Trumpists, and more corporate scandals than you can toss a tumbleweed at. Catch his compelling commentaries throughout the day on GDPR Revolution99.

IN DEEP with ANGIE COIRO

In Deep with Angie Coiro is a weekly one-hour syndicated show heard across the country.  Award-winning Bay Area journalist and host Angie Coiro brings you smart conversations that matter, with heart and a sense of humor. The program casts a sharp, inquisitive eye on the nation’s cultural underpinnings: politics, art, and society.  Angie also digs deep into current events to make sure you are in the know and exposed to new points of view. If you’re expecting to be in or around Menlo Park, Calif., on a Wednesday, consider dropping by the venerated Kepler’s Books and catching the show in person.  Seating is limited; reserve your tickets here.

The host explains this weird and wonderful weekly progressive talk and comedy show best: “I’m comedian-slash-activist-slash-writer-slash-arsehole Lee Camp. You might know me as the guy who got banned from Fox News. I’ve created a webseries called Moment of Clarity. You’re going to like it. It’s a rant … written, presented, filmed, directed, and edited by me on a shitty laptop. They cover everything from my hatred of happy people to my hatred of apathy. But mainly MOC serves as a documentation of the corporate takeover of America – with jokes. It’s a comedic confrontation that thrusts my illosophy at you in manageable bursts. It’s a breath of fresh aware. …Get it? Aware? …I’m still not sure you got it.” Get it, plus backstage action from his Redacted Tonight television shows each week.

The Nicole Sandler Show is no-holds-barred, no-filter progressive talk from an independent internet radio pioneer who mixes passion, newsmaker interviews, humor, salty talk, and music to create can’t miss talk radio for people interested in the truth, hungry for progressive change, ready to get to work, and tired of corporate media. To interact, she takes on-air phone calls periodically between 3-4 pm CT at (954) 889-6410 or Skype to nicolesandler, and you can follow along in Nicole’s RadioOrNot online chat room.

Ring of Fire Radio is a weekly nationally syndicated show featuring three of the biggest names in progressive talk. The program focuses on “exposing Wall Street thugs, environmental criminality, corporate media failure, and political back stories that you will rarely find from any other source.” Since its formation, The Ring of Fire has expanded into a multi-media network for the latest progressive news, commentary and analysis.

The Thom Hartmann Program, produced out of Washington, DC, is the nation’s leading progressive talk program. The daily show brings you analysis of news and politics, bestselling author Thom Hartmann’s well-honed insight into progressive issues, newsmaker interviews, and commentary from callers across the nation. Call in and participate Monday-Friday between 11 am and 2 pm CT at (202) 536-2370.

THE ZERO HOUR WITH RJ ESKOW

Writer, policy analyst, Bernie Sanders adviser, and health finance consultant Richard “RJ” Eskow is the heart and soul of this progressive talker. What motivates him and The Zero Hour: “Humanity is at a turning point. This is a critical moment on many important fronts. From economic crises to the future of evolution, from spiritual upheavals to scientific breakthroughs, from the fate of democracy to the survivability of the planet itself … this is The Zero Hour.” Presenting three hours of analysis, commentary, and newsmaker interviews each week, Eskow asks you to listen and make up your own mind.