#AllowDebates Rally: The Heaven and Hell of Politics

Dozens of Nashvillians of all stripes — enthusiastic students, seasoned radicals, Democrats, and Independents — came together at OZ Arts in Music City Friday evening to participate in a grand USian tradition. We peacefully stood outside the site of the Tennessee Democratic Party’s 2015 Jackson Day Dinner to exercise our right to free speech. We had no grudge against TNDP; our action was a rally, not a protest. We were there to send a message to the event’s keynote speaker, Democratic National Committee Chair and US Rep. Debbie Wasserman Schultz. #AllowDebates.

This is a message that has been sounded in other parts of the nation. Wasserman Schultz knows that many Democrats are not happy that only six debates have been scheduled, and only four of them are prior to the crucial Iowa Caucuses. Those concerns so far have been ignored. Even worse, there is an exclusionary provision: Any candidate who participates in a non-DNC debate will not be allowed to take part in any future official Democratic Party debates. After hearing that the groups Black Lives Matter and Campaign Zero want a debate focused on issues of importance to them, the DNC, along with the Republican National Committee, is apparently willing to permit the groups to hold a “forum” that would not penalize candidates and voters–something separate but most assuredly not equal, and certainly not an actual debate. According to the Washington Post, Black Lives Matter organizer Elle Hearns called the forum idea “unsatisfactory.” We don’t know yet if BLM and Campaign Zero will tell the committees to take their request — which sounds a lot like Jim Crow to me — and shove it.

The people of goodwill who showed up outside of OZ Arts did so with pure intent. Our message to Wasserman was simple: We need more than six debates. We need candidates to be free to participate in as many debates as they choose, DNC-sanctioned or not, without threat of exclusion from the mainstream events. Our signs and chants represented this.

There were heavenly moments: We enjoyed sharing our message, chanting, and singing. We had a blast talking with people going into the event; the rally was quite a distance from the venue. Many Jackson Day Dinner attendees happily snapped photos of us and gave us thumbs-up signs. Some slapped high fives with rally participants or honked their car horns encouragingly. A lot of them stopped, asked us questions, and listened to our reasoned points. Some agreed with our positions, particularly the one regarding the exclusionary provision. A few thought we were Republicans–we were happy to disabuse them of that notion. One kind man even offered us three tickets to go inside OZ Arts to watch the program.

First, Trevor Adamson of Tennessee for Bernie went to a security person–Trevor had been our contact with the Nashville police, who gave us the all-clear to be there in the first place. When he returned, he looked unhappy: He had been told that he was “a protester, not a Democrat.” The group then sent a trio of us: me, Democrat and Vanderbilt University student Caroline Saunders, and Peter Burr, the still well-known former chair of the Williamson County Democratic Party. We figured no one could possibly accuse Peter of not being a Democrat.

We brought no signs, because we were going to watch the program and listen. We had no plans to disrupt anything. As we approached the building, however, TNDP Outreach Director Maria Brewer was waiting for us.

We talked for a while, but it was clear that despite having tickets, she would not allow us to enter. She gave a number of answers that I will paraphrase for brevity; her story changed a number of times.

In short, she let us know that:

1.  The event was at capacity. (In the 10 minutes since Trevor had talked with security, empty seats were filled with people who were on a wait list, she said. That may be true, but we saw people walk inside behind her.)

2. We love all the candidates equally, she said. (Caroline and I were wearing business casual, but Peter was wearing a Bernie Sanders T-shirt.) Oh, if only we had gotten your names in advance, you could enjoy this lovely program. (We know that all that was required to enter was the name of the table holder. On top of that, candidates were not the issue here; the availability of more debates to benefit all candidates and all voters were.)

3. It’s a security issue, you understand.

4. There is a perception that our peaceful action, staged quite a way from OZ Arts, was adversarial.

5. Come to one of our workshops and we can show you how to become involved.

Caroline, Peter, and I were polite and professional throughout the entire exchange, but we made our feelings known.

Brewer noted that our rally would give the impression that Tennessee Democrats were divided. (Optics were her concern, I suppose.) Peter indicated that silencing us was undemocratic.

In regard to Brewer’s assertion that we were perceived as being adversarial, we told her that in press releases written and distributed to the media by myself and Tim Sonderman, we said explicitly that those attending the rally — not protestors, rally participants — had no complaint with the Tennessee Democratic Party and had no desire to disrupt the Jackson Day Dinner. The only goal of the rally was to send a message to the chair of the Democratic National Committee. I added that if there was any adversarial position being taken, it was not by us.

We shook hands with her and took our leave.

Frankly, the condescension — “we can show you how to become involved” — and the multiple stories she told are part and parcel of why I am no fan of party politics. Toeing a party line, conforming for the sake of optics… That’s top-down, machine-style politricks. It’s business as usual. Progressives know that does not work, right?

In any event, many heard our message. Collectively we hope they will do as we asked and tell Debbie: We want more debates. That’s what democracy looks like. 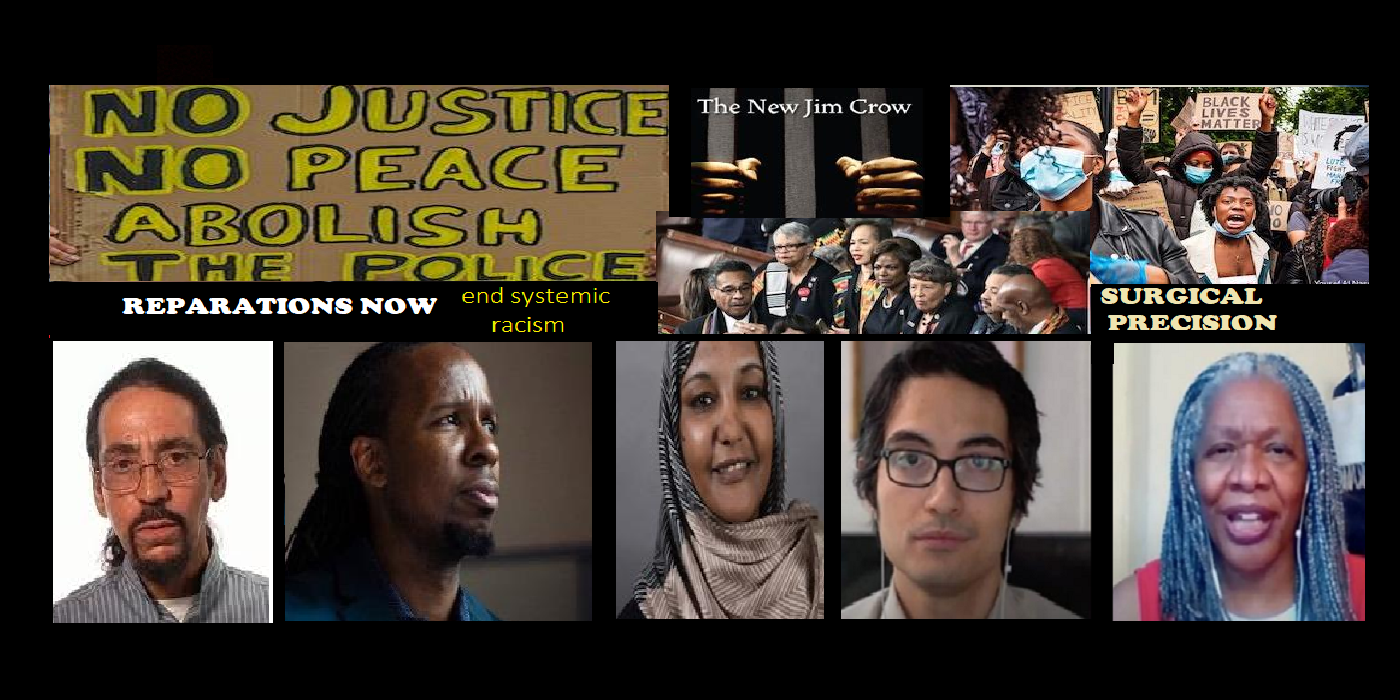 Margaret Kimberley and Glen Ford of Black Agenda Report present news, analysis, and commentary from the Black Left. If you have any interest in making this country and the world better, these voices matter. Tune in each week, learn, and be part of the force for real systemic change.